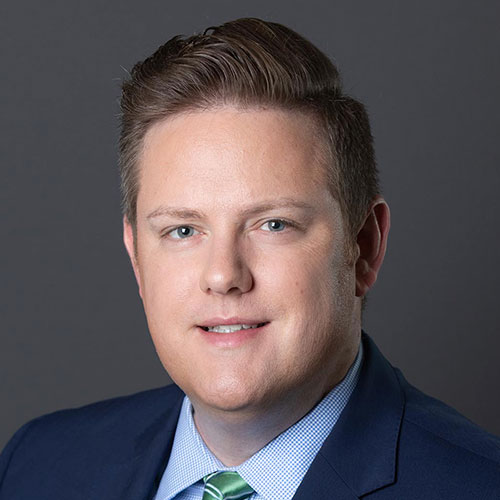 Charles T. Moran — a native of Los Angeles — is a political and non-profit fundraising professional with 22 years of experience working on campaigns and initiatives from local races to presidential-level events. He works extensively on both coasts with clients of all sizes to develop and execute fundraising and public affairs programs.

Over the last 14 years, Moran has developed a reputation marked by progressive increases in responsibility and scope for the challenging fundraising landscape in America’s largest donor state. He began his career working with the California Republican Party before going into private consulting. Within the fundraising community, he is particularly noted for stewarding clients and donors from diverse ethnic and social backgrounds, tapping into new pools of funding and support for the changing face of the modern conservative movement. Over the last eight years, he regularly took the lead on fundraising efforts for various Republican statewide fundraising operations for Presidential, US Senate and California ballot initiatives. In the 2018 election cycle, he served as the California statewide finance director for the John Cox for Governor campaign, raising over $17M.

In addition to Charles' experience in fundraising, he has developed a well-rounded media and communications practice. In 2004 and 2008, Charles led the media operation for the California delegation to the GOP Convention in New York and Minneapolis, respectively. In 2008, Charles served as Press Secretary to the Los Angeles District Attorney Steve Cooley's bid to win the Attorney General race against now-Vice President Kamala Harris. Following Senator McCain's defeat to President Obama, Charles stepped in to serve as the National Spokesman for the Log Cabin Republicans, America's oldest and largest organization of LGBTQ Republicans and conservative allies for two years, as the face and voice of modern LGBTQ conservatives in the media.

President Donald J. Trump's campaign tapped Charles to serve as the national LGBTQ surrogate in the 2016 presidential campaign, and he served as a Co-Chairman of the Trump PRIDE coalition, the first-ever official LGBTQ coalition for a Republican Presidential campaign in the 2020 campaign, where he also served as the Managing Director for Log Cabin Republicans and the Liberty Education Forum. In that role, Charles raised over $1.5M to conduct the first-ever LGBTQ advocacy, education and awareness campaign for the Republican Party in history, with the result of more than doubling the LGBTQ turnout for President Trump from 2016 to 2020.

Charles is a regular commentator on current events and public policy on several domestic and international cable news networks, and oversees a consulting practice conducting strategic fundraising initiatives with both political and non-profit organizations.

Charles earned a B.A. in Politics from Occidental College in Los Angeles, and his Masters of Public Policy (MPP) from Pepperdine University in Malibu. He is a member of the American Association of Political Consultants, winning a “40 under 40” award in 2017, and is a member of the American Legislative Exchange Council. Charles is an Associate Fellow for Inclusive Governance at the Joseph Rainey Center for Public Policy in Washington, DC.